Thinking of yourself as a separate entity can reduce anxiety, while also kicking up some major benefits for your confidence and determination.

How do the world’s top stars muster the poise and determination to stand on stage, despite the nerves and anxiety of having a bad performance? For both Beyoncé and Adele, the secret has been the creation of an alter ego.

Beyoncé’s was the assertive and empowered ‘Sasha Fierce’, who allowed her to perform with extra self-confidence and sensuality. “Usually when I hear the chords, when I put on my stilettos, like the moment right before when you’re nervous… then Sasha Fierce appears, and my posture and the way I speak and everything is different,” she told Oprah Winfrey in 2008. It was a strategy that she continued to use until 2010, when she felt she had matured enough to avoid the psychological crutch.

Inspired by an emotional meeting with Beyoncé herself, Adele followed suit, telling Rolling Stone magazine in 2011 about her creation of ‘Sasha Carter’. The persona was a combination of Beyoncé’s Sasha Fierce persona and the (real) country music star June Carter. Adele said the strategy helped her give her best to every performance during her breakout year.

Although the embodiment of a fictional persona may seem like a gimmick for pop stars, new research suggests there may be some real psychological benefits to the strategy. Adopting an alter ego is an extreme form of ‘self-distancing’, which involves taking a step back from our immediate feelings to allow us to view a situation more dispassionately.

“Self-distancing gives us a little bit of extra space to think rationally about the situation,” says Rachel White, assistant professor of psychology at Hamilton College in New York State. It allows us to rein in undesirable feelings like anxiety, increases our perseverance on challenging tasks, and boosts our self-control.

Beyoncé debuted her Sasha Fierce alter ego in 2008, which she says boosts her confidence and improves her performance (Credit: Alamy)

Ethan Kross, professor of psychology at the University of Michigan, has led much of this research over the past decade, showing that even small shifts in perspective can help people to gain control of their emotions.

In one study, participants were asked to think about a challenging event in the future, such as an important exam, in one of two different ways. The group in the “immersed” condition were told to picture it from the inside, as if they were in the middle of the situation, whereas those in the “distanced” condition were asked to picture it from afar – as if they were a fly on the wall. The differences were striking, with those taking the distanced viewpoint feeling much less anxious about the event, compared to the immersed group. The self-distancing also encouraged greater feelings of self-efficacy – the sense that they could pro-actively cope with the situation and achieve their goal.

Adopting an alter ego is an extreme form of ‘self-distancing’, which involves taking a step back from our immediate feelings to allow us to view a situation more dispassionately

In other experiments, participants were asked to give a small public talk. Beforehand, they were advised to think through their emotions about the challenge using the third person (“David feels…”) as if they were a separate entity, rather than the more immersive first person (“I feel”). Like the distanced visualisation, this advice was designed to encourage the person to see the situation from an outside perspective.

Once again, the creation of the psychological distance helped the participants to master their anxiety, reducing both their subjective ratings of the emotion and objective measures, such as the changes in heart rate and blood pressure that usually accompany threatening events. And those feelings of greater confidence were reflected in the quality of the presentation itself, according to the judgement of independent observers asked to rate their performance.

The eye on the prize

Self-distancing seems to enable people to reap these positive effects by leading them to focus on the bigger picture – it’s possible to see events as part of a broader plan rather than getting bogged down in immediate feelings. And this has led some researchers to wonder whether it could also improve elements of self-control like determination, by making sure that we keep focused on our goals even in the face of distraction.

Adele performing in 2015 in Germany. She followed Beyoncé’s example and fashioned her own persona called Sasha Carter (Credit: Alamy)

Along these lines, one experiment asked whether people were better able to focus on difficult word puzzles if they had been asked to practice self-distancing before the test. In this case, they were asked to give advice to themselves in the second-person – “You will concentrate on each question” – as if they were talking to a friend, rather than themselves. Besides improving overall performance, the effects could also be seen in questionnaires measuring their attitudes to the task, which revealed a stronger intention to improve their performance.

By boosting their sense of self control, self-distancing can also improve people’s health behaviour. It can increase people’s intentions to exercise, for instance, and helps them to resist the temptation of junk food. This is no mean feat. “Few self-control strategies to date have successfully improved eating outcomes,” says Celina Furman, a social psychology researcher at the University of Minnesota.

We could all boost our emotional regulation, self-control and general poise by choosing to embody another persona à la Sasha Fierce

Although further studies will be needed to test the long-term benefits of the approach, Furman thinks that it could be incorporated into a variety of different weight-loss schemes. “The ease of distanced self-talk does offer exciting potential applications,” she says. It could be incorporated into mobile apps, for instance, with notifications that prompt you to think in the third person as you plan your meals.

The possibility that self-distancing could increase willpower is particularly exciting for child psychologists, given that self-discipline is thought to be as important for academic performance as IQ.

A few years ago, assistant psychology professor White took a group of six-year-olds and set them a test of concentration on a computer, in which a series of images flashed and they had to press the space bar whenever they saw a picture of cheese. The task was designed to be rather boring, but the children were told that it was “a very important activity” and that they would be a “good helper” if they worked on the task for as long as possible – increasing their motivation to persevere. As a potential distraction, the researchers also left them with an iPad, with a much more fun game designed to lure them away.

Beforehand, the children were told that it could sometimes be helpful to think about their feelings, if the task got too boring. Some were told to think “Am I working hard?” while others were encouraged to think in the third-person (“Is Hannah working hard?”). A third group were given the option to change persona entirely by inhabiting the role of their favourite fictional hero, such as Batman or Dora the Explorer. They were even given props to dress up, and when they got bored, they were told to consider their behaviour as if they were the actual character, asking, for instance, “Is Batman working hard?”

Self-distancing and alter egos even work with children. When kids inhabit a persona like Batman or Dora the Explorer during a task, studies show they work harder (Credit: Alamy)

White has also found that adopting an alter ego can also help children to concentrate on a complex card game, in which they had to follow complex rules that kept on changing. Once again, “the Batman effect” seemed to have increased their resolve and concentration, improving their “executive function”.

While these were laboratory experiments, White hopes that this small exercise might ease many situations that require self-control. The test of perseverance, after all, was already very close to the kind of decisions that children might face when doing their homework with the potential temptation of the TV or cell phone. She thinks it may also be useful to avoid feeling dispirited during new challenges. “Pretending to be someone who’s more competent, and getting that distance from the situation, could help them to overcome the frustration they’re feeling when they’re learning something new.”

What would Beyoncé do?

Given these findings and the benefits of self-distancing more generally, White suspects that we could all boost our emotional regulation, self-control and general poise by choosing to embody an alter ego à la Sasha Fierce.

After all, certain religious initiatives already encourage this kind of thinking, she says. “When I was growing up in the ‘90s, there were all these bracelets that said, ‘WWJD’ – What would Jesus do?” she says. “So, I think it’s a pretty intuitive concept to a lot of people.”

Whatever persona we choose, the practice should create some psychological space away from potentially distracting feelings, while also reminding us of the behaviours we want to emulate. Whether we’re placing ourselves in the shoes of a friend, a religious figure, or Beyoncé herself, a little imagination might put us all a little closer to the person we wish to become.

David Robson is the author of The Intelligence Trap: Why Smart People Do Dumb Things (WW Norton/Hodder & Stoughton), which examines the cutting-edge psychology of irrational thinking and the best ways to make wiser decisions.

This beautiful article is taken from BBC from the author David Robinson. If you like this article please visit their page.

If you like this informative piece you may also like some of my content here in creative posts and here in psychology. And as always, thanks for reading!

The views of some psychologists are that this batman effect can have very dangerous consequences.

The Batman effect can be handled in its shortest form by strengthening one’s secondary characters. As a result of this situation, man strengthens his second character / alter ego, not himself. And the power obtained is from your alter ego, not ours.

The most important key point is to adopt these forces and make them originate from ourselves. It is more essential that we strengthen ourselves by saying that not only a second person would do this, but I can do it. Therefore, when applying the techniques mentioned in this article, we should always keep in mind that the main goal is not to strengthen our alter ego, but to become able to derive this power from ourselves. 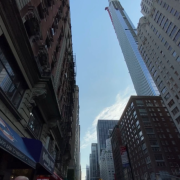 A Detailed Guide to “Being Yourself.”

An unexpected discovery on the Moon surface, rust.

Some geese I found on a nearby lake.